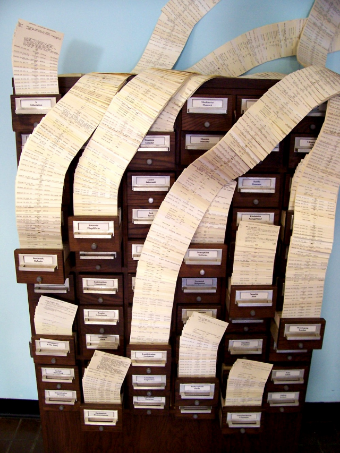 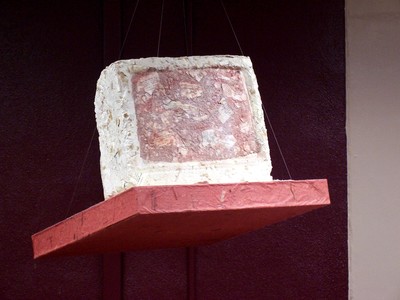 Mediacracy consists of a cast paper television that is made of pulp containing catalogue cards under the headings: television, media, revolution, war, and poverty. It is suspended from the ceiling on handmade box. This piece is a satirical comment on the role of television and the media in American culture. The idea for this piece was born out of distaste for the ad nauseam and often biased accounts we are assaulted by daily that rarely add up to the truth. It is a statement on the importance of the media in our society despite the pessimistic view of the world it portrays. The television is made of catalogue cards which is ironic considering how TV media has replaced newspapers and books as our primary source of information. The work is hung above the viewer to symbolize how the general public reveres the news it gains from the media without question.